“And the angel came to her and said, ‘Greetings, favored woman! The Lord is with you.’ But she was deeply troubled by this statement, wondering what kind of greeting this could be. Then the angel told her: ‘Do not be afraid, Mary, for you have found favor with God.'” – Luke 1:28-30

This is a title we all long to hear. We want to hear it from our boss, friends, spouse, kids, or our social-media following.

Maybe I’m the only woman who wants to hear that… But I doubt it.

This week, I desired that others would favor me. I wanted to appear strong, capable, and winsome. So I delayed writing advent pieces until I felt like what I wrote was good enough. Through this delay, this passage from Luke was swimming laps in my head, not ending anywhere.

The word used here for “favor” is the same word for “grace” or “kindness.”

Mary was the one who received an extension of God’s grace. So what? Haven’t all believers found favor with God? Haven’t we all received grace?

I asked these questions as I read this Scripture over and over again.

I believe the answer to these questions is “yes.”

The Lord was with Mary. He chose her to become the one who was with child – the one who was literally with the Lord. Mary did nothing to entice the angel to speak this word to her. The angel was sent to tell Mary that the Word would be made flesh through her.

When a believer receives the grace of God, she receives it through Jesus.

We are recipients of grace. We, by Mary’s child, can receive this word:

“Greetings, favored woman! The Lord is with you.” 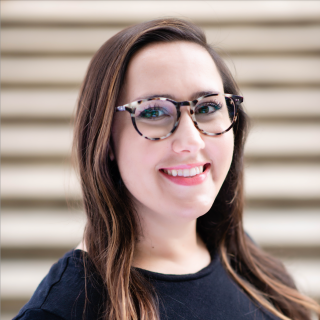 I live in Kansas City, MO, and I attend Wornall Road Baptist Church. I hold a Masters of Divinity from Midwestern Seminary where I also work full-time, and I am an associate editor and intern at For The Church.